Tenants and landlords got their first chance at a public consultation Wednesday evening to voice their concerns about a proposed framework for a new landlord licensing system, which was approved by city hall earlier this year

It’s a system that can’t be set up soon enough for tenant Geri Stevens, who attended the meeting held by staff from the municipal licensing and standards department

“We want landlords to be held accountable,” Stevens told CBC News inside her fourth floor apartment at 500 Dawes Rd.

Her building was recently listed by LandlordWatch.com as the worst rental building in Toronto.

Stevens says elevators and laundry machines have frequently broken down during her five years in the building and she most recently dealt with a two-month long bed bug infestation. 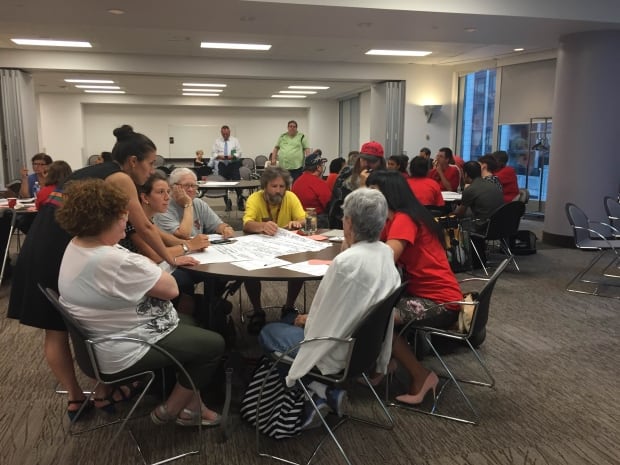 Stevens and the tenant advocacy group ACORN say licensing will be a powerful tool in improving squalid living conditions around Toronto.

Her group is calling on the city to conduct annual inspections of every rental building in Toronto. 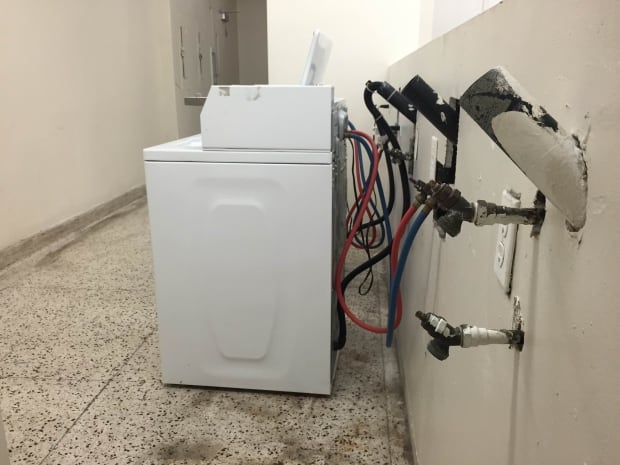 “If the landlord or building passes the inspection, they will receive a green sticker exactly like restaurants,” Ruiz Vargas added.

The city says it is considering regular inspections of all apartment buildings that contain 10 units or more and are three storeys or higher. It is also exploring the possibility of raising fines for landlords that fail inspections.

Staff say they want the licensing system to provide tenants with a clearer sense of their landlords’ activities.

“What could potentially change is putting some onus on the landlords to turn their minds to providing plans,” said Carleton Grant, director of policy and strategic support at municipal licensing and standards.

That would include detailed improvement, maintenance and cleaning plans.

“All the things that ensure that the building is kept up to a state of good repair,” said Grant.

The Greater Toronto Apartment Association is fighting the licensing proposal, arguing that it will be a poor use of city resources.

“The vast majority of landlords are good landlords providing very good housing,” said the association’s president, Daryl Chong, who represents the owners of approximately 150,000 rental units in the GTA.

Chong says it would be more effective to strengthen the city’s existing Multi-Residential Apartment Buildings bylaw, under which the city has performed more than 1000 audits since its launch in 2008.

“We think being more aggressive with the bad operators is the right way to go,” he said.

ACORN disagrees, and says it’s time the city’s landlords face the same scrutiny as other business owners in Toronto.

The municipal licensing and standards committee is expected to vote on the plan in the fall.

8 ways to find deals on the most expensive college necessities