Is Your Landlord a Building-Code Violator? New Service Aims to Tell You

For most New York residents, it is easier to find out whether the local hamburger joint has a mouse problem than if an apartment they are about to rent has no heat in the winter or a cockroach infestation.

In its biggest deal yet, Rentlogic recently signed an agreement with Stuyvesant town-Peter Cooper Village, the 11,200-unit complex in Manhattan that is owned by Blackstone Group LP, to display the complex’s rating in its leasing office.

Rentlogic rates all apartment buildings in the city using publicly available data supplemented by in-person inspections, and assigns them a grade of A through F. Renters can download a browser extension that allows them to see buildings’ ratings when they are searching for apartments online on most real-estate websites.

Landlords have the option to purchase a plaque from Rentlogic to display on their property or in their leasing office, showing prospective tenants they have received a high grade. The price of the plaques ranges from $1,000 to $10,000 a year. 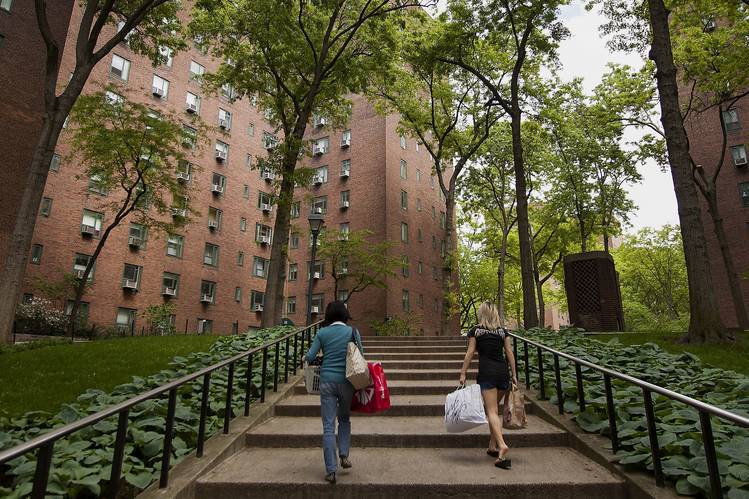 The model is similar to the one used in the bond-ratings industry, in which bond issuers pay one of the ratings firms to grade their debt.

Because Rentlogic makes money only off landlords that receive a high grade, there could be incentive to produce more landlord-friendly results. Yale Fox, Rentlogic’s founder, said he recently hired a mathematician to audit the company’s algorithm. He also plans to install an independent 21-person board made of tenant advocates, real-estate executive and city officials.

“The more fair our algorithm is, the more profitable the company becomes. We’re selling a service that we want everybody to trust,” he said.

Currently, Rentlogic only operates in New York City, but Mr. Fox said he plans to expand over the next two years to most major North American cities, such as Los Angeles, Chicago and Toronto. Mr. Fox said he has received funding from friends, family and venture capitalists and is trying to raise an additional $3.5 million.

Mr. Fox founded the company in 2013 based on his experience working as a landlord of a rental property in Toronto and with a problem landlord in New York City. He found traditional forms of tenant advocacy had limited persuasive power because they had minimal effect on landlords’ bottom lines.

“It ends up being a rent strike or a protest, which works really well sometimes and not other times. It’s a lot of people yelling back and forth. If you’re a billionaire landlord or a slumlord, you don’t really care,” he said.

Landlord groups say they have concerns about relying on code violations, which track not only big problems but also minor ones such as a missing light switch cover or an absent sign.

Mr. Fox said the results are weighted based on the severity of the violation. Former New York Mayor Michael Bloomberg instituted a system requiring restaurants to display a letter grade of A, B or C based on their most recent health-code inspection. Rentlogic draws on a similar concept, though it is more limited because landlords aren’t required to display a poor grade. Tenants can still find out about “F” landlords online.

When Blackstone purchased Stuyvesant Town two years ago, the property had recently improved from a “C” grade to a “B” grade. It had 122 violations over a 2 ½-year period under the previous owner. Since Blackstone bought the property, it has accumulated 37 violations and now has an “A” grade, according to Rentlogic.

Rick Hayduk, chief executive of StuyTown Property Services, said the rating is an “independent validation of our efforts.”